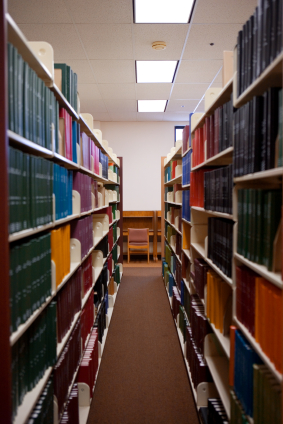 When it comes to college drug use statistics on campus, we find that prescription drugs are either sold or given away by people with prescriptions, or they are procured by students who have learned to navigate the psychiatric exams offered by campus health centers. In addition, the campus health centers usually provide the drugs at a discount. Unlike Ritalin, two newer members of the family of analeptics - Adderall and Concerta - come in time-release forms and can keep a patient medicated for an entire day.
Since Ritalin abuse first hit the radar screen several years ago, the reliance on prescription stimulants to enhance performance has risen as shown by college drug use statistics. These medications have become almost as commonplace as No-Doz, Red Bull, and maybe even caffeine. As many as 20 percent of college students have used Ritalin or Adderall to study, write papers, and take exams according to recent college drug use statistics focused on individual campuses. A study released this month by the National Center on Addiction and Substance Abuse at Columbia found that the number of teenagers who admit to abusing prescription medications tripled from 1992 to 2003, while in the general population such abuse had doubled.
Take, for example, the startling claim that in 2005 “almost one in four college students (22.9%) met the medical criteria for substance abuse or dependence, almost triple the proportion (8.5%) in the general population.” The source of this college drug use statistics appears to be a re-analysis of data collected for MTF or NHSDUH done by CASA.
These college drug use statistics make it appear as though drug abuse by college students is more common than non-college students. This is something that confounds common sense when you consider that the most severe cases of addiction start young and often result in failure to complete high school, let alone attend college, and that addiction itself often causes college dropout. (Note: “substance dependence” is the medical term for addiction; “substance abuse” is the medical term for use of substances that is potentially harmful but is not characterized by compulsion or long-term problems).
"The drug problem on American campuses has become so extensive that more and more university police are finding they don't have the manpower to fight it by themselves," says Joseph Califano, founding chairman of the National Center on Addiction and Substance Abuse at Columbia University (CASA). He says the stakes have risen in recent years with so many more hard drugs being used and sold. Local university police have noticed a big uptick in the numbers of related crimes such as fights, robbery, property damage, and vandalism.
While the proportion of students who drink and binge has remained constant from 1993 to 2005, rates of daily marijuana use have more than doubled during that period and use of other illegal drugs like cocaine and heroin have risen 52 percent, according to a CASA college drug use statistics. Just under half of full-time college students indulged in college drug abuse, the study found.
The study on college drug use statistics, "Wasting the Best and the Brightest: Substance Abuse at America's Colleges and Universities," found that 49 percent, or 3.8 million full-time college students, abuse drugs, engage in binge drinking, or do both. It described binge drinking as a male having five or more drinks at one time within the last two weeks and four drinks for women.
The share of the college drug abuse is no greater than it was in 1993, the researchers found. But the frequency of binging among those who engage in it has increased, along with other risky behaviors, including a 26 percent rise in the number of students who get drunk at least three times a month.
Among prescription drugs, the study on college drug use statistics found:
* A 343 percent rise in students abusing such opioids as Percocet, Vicodin and OxyContin.
* A 93 percent increase in abuse of stimulants including Ritalin and Adderall.
* A 450 percent rise in misuse of tranquilizers like Xanax and Valium.
* A 225 percent increase in abuse of sedatives including Nembutal and Seconal.