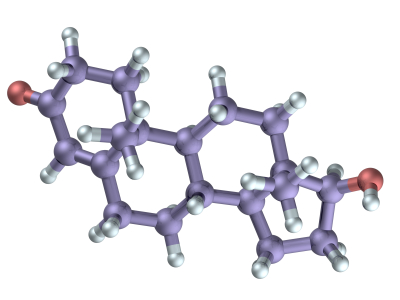 Steroid statistics according to the Center for Disease Control and Prevention’s (CDC) Youth Risk Behavior Surveillance: In the United States, the percentage of students who reported lifetime steroid use increased during 1991--2003 (2.7%--6.1%) and then decreased during 2003--2005 (6.1%--4.0%). The up to minute U.S. Census Bureau reports a total population of just over 301 million people, of which the National Center For Education Statistics estimates 16.5 million or 5.4% are public and private school children between 9th and 12th grade.  Using the CDC’s 4% current lifetime user’s stat, we get an estimated 660,000 students (14 to 17 years of age) who’ve admitted to steroid use as of the year 2005.  But that’s just the beginning because self-reports are notoriously underrepresented.  Sadder still is the fact that our 4% figure though reported in 2006 only used data through early 2005. This was just prior to the many recent professional sports scandals and subsequent resurgence of steroid popularity.  So what do all these numbers and dates mean when it comes to steroid statistics?  Simply put, the use of steroids among children is a really big problem!
Steroids are derivatives of the male hormone, testosterone. These derivatives promote the growth of skeletal muscle and increase lean body mass. Athletes and non-athletes use steroids illegally to enhance performance and to improve physical appearance. More than 100 different anabolic steroids have been developed, but they require a prescription to be used legally in the United States. Most steroids that are used illegally are smuggled in from other countries, illegally diverted from U.S. pharmacies, or synthesized in clandestine laboratories.
Steroid statistics show that anabolic steroid abuse has been associated with a wide range of adverse side like some that are physically unattractive, such as acne and breast development in men. There are also others that are life threatening, such as heart attacks and liver cancer. Most are reversible if the abuser stops taking the drugs, but some are permanent.
People are willing to take great risk to excel in sports and perform their jobs better in today’s society. We also live in a society where image is paramount to some people. Therefore, the popularity of performance enhancing drugs such as anabolic steroids and anabolic steroid substitute products are the choice of some people to achieve these goals. Steroid abuse is still a problem despite the illegality of the drug and the banning of steroids by various sports authorities and sports governing bodies.
Steroid statistics from the 2002 “Monitoring the Future” study determined that since 1991 there was a significant increase of steroid use by school age children. This annual study surveys drug use among eighth, tenth, and twelfth graders in the United States. Since 1991 there has been a significant increase in reported steroid use by teenagers. For all three grades, the 2002 steroid statistics represent a significant increase from 1991. The following chart illustrates the increase of steroid abuse among teenagers who reported using steroids at least once in their lifetime.
Steroid Statistics: Students Reporting Steroid Abuse 1991–2002
Year
8th Grade
10th Grade
12th Grade
1991
1.9%
1.8%
2.1%
1999
2.7%
2.7%
2.9%
2001
2.5%
3.5%
4.0%
Steroid Statistics: Students Reporting Steroid Abuse 2002
Time span
8th Grade
10th Grade
12th Grade
past month
0.8%
1.0%
1.4%
past year
1.5%
2.2%
2.5%
lifetime
2.5%
3.5%
4.5%
* In the 2002 steroid statistics survey, the youth were asked how easy it was for school aged children to obtain steroids. 22% of eighth graders, 33.2% of tenth graders, and 46.1% of twelfth graders reported that steroids were “fairly easy” or “very easy” to obtain.
* Steroids are used predominately by males with annual prevalence rates two to four times as high among males as that among females.
* A steroid statistics survey in 1999 determined that 479,000 students nationwide, or 2.9%, had used steroids by their senior year of high school.
* A survey in 2001 determined the percentage of 12th graders who believed that taking these drugs causes “great risk” to health declined from 68% to 62%.
* A 2001 CDC survey indicated that 5% of all high school students reported lifetime use of steroid without a doctor’s prescription. The survey also indicated that 5.8% of ninth graders, 4.9% of tenth graders, 4.3% of eleventh graders, and 4.3% of twelfth graders reported lifetime illegal use of steroids.