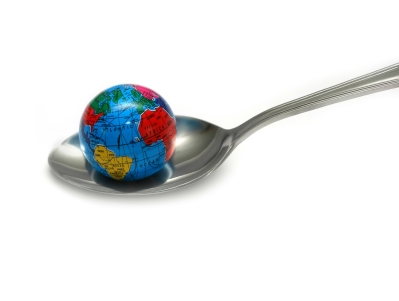 * "The National Drug Strategy (NDS), formerly the National Campaign against Drug Abuse, was initiated in 1985 following a Special Premiers' Conference. From its inception the Strategy recognized the importance of a comprehensive, integrated approach to the harmful use of licit and illicit drugs and other substances. The aim is to achieve a balance between demand-reduction and supply-reduction measures to minimize the harmful effects of drugs in Australian society. The tangible social costs of drug use in Australia were estimated to be $18.3 billion or approximately 5.5% of gross domestic product in 1998–99 (Collins & Lapsley 2002)." Source: Australian Institute of Health and Welfare 2005. Statistics on drug use in Australia 2004. AIHW Cat. No. PHE 62. Canberra: AIHW (Drug Statistics Series No. 15), p. 1.

* "Based on international drug statistics from the results of the 2004 National Drug Strategy Household Survey (NDSHS), 17% of the Australian population aged 14 years and over were daily smokers. Approximately one in four Australians (26%) were ex-smokers and just over half the population (53%) had never smoked.” Overall, men were more likely than women to be smokers. In 2004, 19% of males were daily smokers, while 16% of females were daily smokers. People aged 20–29 years of age had the highest smoking rates, with 24% of this age group smoking daily. "Smoking rates declined over the period 1991 to 2004. “During the 2003–04 financial year, the Australian Government collected over $5.6 billion in revenue from the importation and sale of tobacco products in Australia." Source: Australian Institute of Health and Welfare 2005. Statistics on drug use in Australia 2004. AIHW Cat. No. PHE 62. Canberra: AIHW (Drug Statistics Series No. 15), p. xv.

* "International drug statistics show that most Canadians drink in moderation. In the 12 months before the survey, 79.3% of Canadians aged 15 or older report consuming alcohol, 14% are former drinkers and 7% lifetime abstainers. Of the past-year drinkers, 44% report drinking weekly. The rate of past-year drinking is significantly higher among males than females (82.0% vs. 76.8%, respectively). Past-year drinking rates peak among youth 18 to 24 years of age, with about 90% of people in that age range consuming alcohol during the course of the year." Source: "Canadian Addiction Survey: A National Survey of Canadians' Use of Alcohol and Other Drugs: Prevalence of Use and Related Harms," Canadian Executive Council on Addictions, Health Canada, November 2004, p. 4.

* Regarding drug use in candidate eastern European countries, the European Monitoring Centre for Drugs and Drug Addiction reported in 2003 that "Substitution treatment, in particular with methadone, has been slow to develop. The first (experimental) methadone program started in Slovenia in 1990, to be followed by others in the Czech Republic (1992) and Poland (1993). In other countries, the first methadone programs date from 1995 or later, although by 2001 all countries had introduced at least one. However, except in Slovenia, the number of programs is limited and coverage remains very low indeed. In Slovenia, a nationwide network provides methadone treatment to perhaps 20% of the estimated total heroin-dependent population. In all other countries, coverage is less than 5%, and in many countries under 1 to 2%. This contrasts with an average coverage of well over 30% in the EU Member States. Other pharmacological treatments are available to a limited extent in some countries, including naltrexone and buprenorphine, but systematic information is not available." Source: European Monitoring Centre for Drugs and Drug Addiction, "Annual Report 2003: The State of the Drugs Problem in the Acceding and Candidate Countries to the European Union" (Lisboa, Portugal: EMCDDA, 2003), p. 24.

* Regarding drug use in candidate eastern European countries, international drug statistics and the European Monitoring Centre for Drugs and Drug Addiction reported in 2003 that "While needle and syringe exchange programs (SEPs) have been implemented in all countries, only the Czech Republic reaches a substantial proportion (estimated at over 50 %) of drug injectors through a national network of SEPs and low-threshold projects, although in some countries, such as Slovenia, a reasonable level of coverage is achieved in some cities." Source: European Monitoring Centre for Drugs and Drug Addiction, "Annual Report 2003: The State of the Drugs Problem in the Acceding and Candidate Countries to the European Union" (Lisboa, Portugal: EMCDDA, 2003), p. 28.

* The UN reports that in the Russian Federation, "The widespread trafficking of cannabis continues unabated. The trafficking is fuelled by the fact that cannabis grows wild in a number of regions in Russia and so is readily available. Indeed, the Russian Federation and neighboring Kazakhstan contain the world’s largest areas of wild cannabis and the Russian authorities estimate that production of wild cannabis in Russia is around one million (1,000,000) hectares. Depending on the climate conditions, one hectare of cannabis may produce up to 1 million seeds with 5-8 years of reproduction cycle. The THC content of cannabis differs in different regions but tends not to exceed 5 percent. Since 1992, cannabis seizures steadily increased 8 times and reached 89.7 tons in 2004. However, seizures sharply decreased almost threefold in 2005 (30.6 tons) and continued to decrease in 2006 (23.7 tons)." Source: UNODC, "Illicit Drug Trends in the Russian Federation" (UNODC Regional Office for Russia and Belarus, April, 2008), p. 13.

* With respect to the Russian Federation, the UN international drug statistics reports states, "In keeping with global trends, cannabis abuse still remains the “drug of choice” for the majority of abusers and seizures of cannabis rank first among the total volume of seized illicit drugs in Russia (more than 70 percent). Cannabis is abused by many people regardless of their income, education and social standing. Since 2002 the number of Cannabis abusers (19,211) has remained more or less stable and constitutes 22,528 addicts in 2006. There is an increase in the number of cases of cannabis cultivation in domestic green houses. The growing abuse of cannabis is at least in part fuelled by publications, films and internet sites which often promote the drug as 'safe' or 'soft'." Source: UNODC, "Illicit Drug Trends in the Russian Federation" (UNODC Regional Office for Russia and Belarus, April, 2008), p. 13.